This KAP (Kite Aerial Photography) outing took place near the Watts Creek Bike Path near Carling Avenue in the area of Shirley’s Bay. The objective of this KAP was private work, and thus the primary photos from the shoot are not included. Only a few of the general shots of the area and some straight-down abstracts of roads and railway lines are presented.

Carling Avenue near Shirley’s Bay. The Ottawa River can be seen in the distance.

X marks the spot. This photograph was taken using kite aerial photography (KAP). YES, that’s me in the field – follow the string! Power lines and kites don’t mix! I was careful!

Bicycle pathway (Watt’s Creek Pathway) just after it emerges through the railway overpass in the Shirley’s Bay area. Government of Canada, Shirley’s Bay Campus is in the background.

Overhead shot of the railway line.

You can see additional pictures from my KAP 2008-33 outing in the Kite Aerial Photography Gallery on my website. 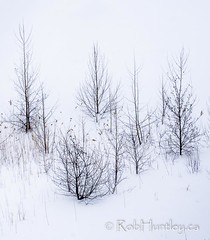 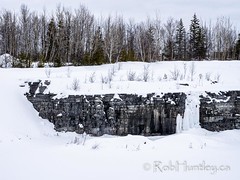