Cliff at the Ottawa Farmers’ Market in Westboro.

I was wandering the neighbourhood looking for “Autumn in My Neighbourhood” images. Saturday is the Ottawa Farmers’ Market Day and starting this summer we have had a Westboro spin-off of the market just a few blocks from my house. I met Cliff in his booth for Glengyle Garlic. My talk with him was brief as I didn’t want to interfere with business although in the end I did make a modest purchase of 2 garlic bulbs. We started discussing photography and I mentioned that I did aerial photography using a kite. It turned out that for a portion of his career he was involved in aerial photography for a company doing work for Energy Mines and Resources. It was prior to digital in the days of Hasselblad cameras. He started to get fairly technical about some of the infrared and other specialized techniques used for a variety of purposes including photographing baby seals (white) from above. I started to realize that I was speaking to someone who knew more about photography than I did and I offered to change places – I would sell garlic while he took my picture. With Cliff’s portrait I threw in my first experiment with the built-in flash to fill some of the shadows since he was backlit. As a landscape photographer, fill flash is not something I have used much so I was quite happy with the result.

This picture is #3 in my 100 strangers project. Find out more about the project and see pictures taken by other photographers at the 100 Strangers Flickr Group page.

Alisa at Westboro Beach on the Ottawa River.

I was out by the Ottawa River, near home, shooting nature and landscape shots. I spent some time at Westboro Beach and while there Alisa arrived and launched her paddle board into the cool October waters of the Ottawa River. For awhile I thought she was challenging herself to paddle to Quebec on the other side. She turned when she was well out in the middle. I thought it would be an idea to ask for a portrait for the 100 Strangers Project when she returned, not realizing how long a workout she had planned for herself. When she finally arrived she stopped about 10 meters from shore and began practicing turns. I called out to ask if she would mind if I took a few shots of her paddling and she said ok. I knew this didn’t constitute asking for a portrait and I would have to ask again. When she did arrive on the shore she quickly wrapped up to warm herself after the few tumbles in the river she had taken. I discovered that she had recently started in the sport, having been attracted to it last year. She was now in the process of trying to improve her skills and to try to mobilize the Ottawa community to show more interest in paddle boarding. With a colleague she had recently been involved in a demo session in cooperation with Lululemon Athletica Westboro.

Alisa agreed to the portrait after I told her about the 100 strangers project. I confessed my own nervousness at photographing people which in hindsight is not very professional – but she didn’t seem to mind. I had to ask her to put her cold, wet life jacket on again and pick up her paddle.

This picture is #2 in my 100 strangers project. Find out more about the project and see pictures taken by other photographers at the 100 Strangers Flickr Group page.

The 100 Strangers project is a learning group housed on the internet site Flickr.com. The group is intended for those wishing to improve both their social and technical skills needed for taking portraits of strangers and telling their stories. The goal is to photograph 100 Strangers, but not by sneaking around a corner and shooting a candid photograph. Instead we are to talk with the person, learn a bit about them and ask their permission to take their portrait as part of the project.

As a landscape and aerial photographer, very little of my work involves people. I do like to chat, and I often get into conversations with people questioning the craft of kite aerial photography for example. But much of the time, especially my non-aerial work, I spend by myself, alone in the woods with a camera. I’ve never considered myself a street photographer and I am shy about pointing the camera at strangers. I also could benefit from practice in directing and positioning people to optimize the composition but I lack experience and consequently I avoid event and wedding photography like the plague. In an attempt to overcome this handicap I have joined the “100 Strangers” group on Flickr. For more information go yourself and take a look at the images of photographers participating in the 100 Strangers Group at www.flickr.com/groups/100strangers

Maplelawn Gardens is a heritage garden on Richmond Road in Ottawa near the Keg Manor Restaurant. It is two stone throws from my house. I walked into the gardens this afternoon looking for fall flower images but conscious of the fact that last night I had discovered and joined the “100 Strangers Group” on Flickr and I had already walked to the post office and back and bypassed one terrific opportunity to make my first “ask”. I had been chatting with a Rogers Cable employee attired in his pole climbing gear and I hadn’t summoned up the nerve to ask for a photo. Maybe next time…

As I entered Maplelawn Gardens I hadn’t even started taking photographs when Eileen approached me and introduced herself as one of the volunteer gardeners at the site. Being a gardener myself we got into a lengthy discussion about plants and flowers, lawn grubs and such. Our talk progressed to community matters such as the anticipation of a 20+ storey building adjacent to the gardens, fortunately on the north side. And Eileen informed me that a nearby retirement residence apparently charges a premium for units facing the gardens (although they also face the Ottawa River which is another reason in our city for charging a premium rent in high-rise housing). After about 20 minutes of chatting it suddenly dawned on me that this was my ideal chance for a portrait of someone whom I only just met. Eileen had no qualms about my taking her photograph amongst the fruits of her labours.

This picture is #1 in my 100 strangers project. Find out more about the project and see pictures taken by other photographers at the 100 Strangers Flickr Group page. 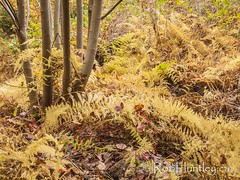 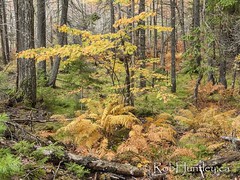 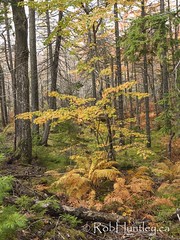 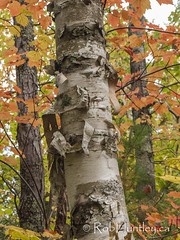 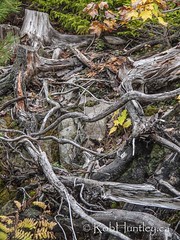